More than 350 National Kitchen & Bath Association member designers took part in the 2012 NKBA Design Trends Survey to cite the materials, product types, and styles that they’ve incorporated into their kitchen and bath designs over the final three months of 2011. While broad trends won’t be evident in every local market, the following […]
Read Article 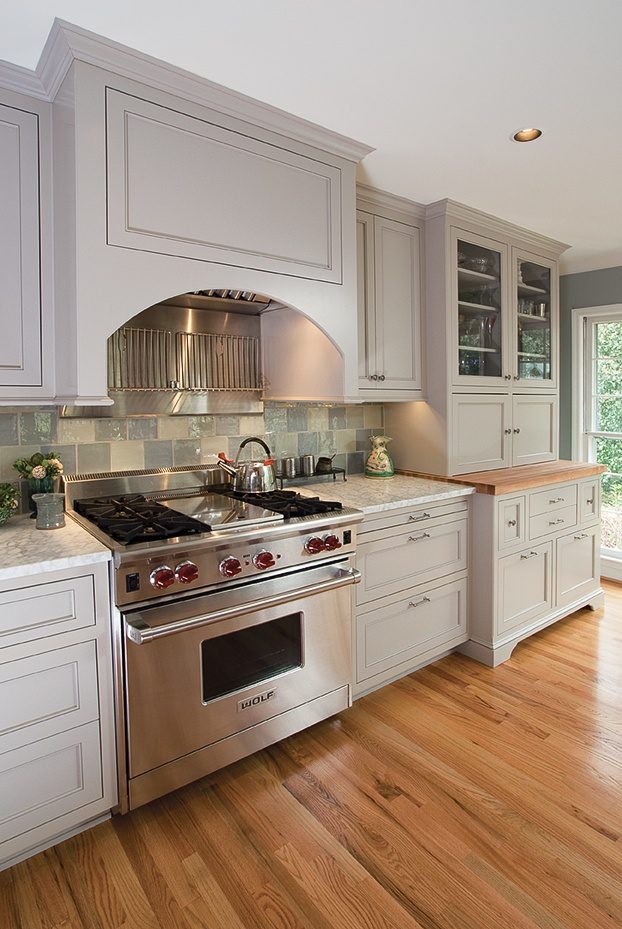 More than 350 National Kitchen & Bath Association member designers took part in the 2012 NKBA Design Trends Survey to cite the materials, product types, and styles that they’ve incorporated into their kitchen and bath designs over the final three months of 2011. While broad trends won’t be evident in every local market, the following are 10 overall trends for kitchens and baths across the United States and Canada.

Cherry wood has consistently been the first or second most popular type of wood for cabinetry, jockeying for the top spot with maple each year. However, designers are slowly shifting away from it. While 80% of NKBA member kitchen designers had recently specified cherry cabinetry as 2010 approached, that figure dropped to 72% last year and fell again to 69% heading into 2012.

No one other wood species is taking that market share on its own, as even maple dropped in popularity this year, falling from 77% last year to 70% now. Instead, the number of lesser-used woods is being specified more often, including oak, which is specified by twice as many designers now (22%) versus two years ago (11%); walnut, which has increased from 3% in 2010 to 9% in 2011 to 13% today; birch, which is now specified by three times as many kitchen designers as it was a year ago (15% vs. 5%), and bamboo, which has doubled from 5% last year to 10% now. While alder is currently specified by 27% of kitchen designers, that figure is down from 30% last year and from 40% two years ago.

Although glass remains a niche material for kitchen countertops, it’s been recently used by more than half of kitchen designers as a backsplash material, rising from 41% a year ago to 52% now. This trails only natural stone tile at 60% and ceramic tile (including porcelain), which has been specified of late by some 74% of designers. Even at that high rate, ceramic tile backsplashes are on the decline, as they stood at 78% a year ago and 88% two years ago.

Energy efficiency is clearly not a fad, but a real trend that can be seen taking hold in homes across the United States and Canada. Despite the higher initial cost, light-emitting diode, or LED, lighting is proof of this trend. Specified by 50% of NKBA member kitchen designers entering 2010, that rate increased to 54% the following year and has jumped over the past year to 70%. However, compact fluorescent lights (CFLs) aren’t sharing in this trend. Although they use roughly a quarter the energy of an incandescent bulb when producing the same amount of light, measured in lumens, the poor color of the light they produce and the presence of mercury in these bulbs are keeping them out of newly remodeled kitchens, falling from 36% last year to 26% today.

Pull-out kitchen faucets have become established as the dominant type of kitchen faucets. Designers are increasingly eschewing the standard faucet with a detached side spray in favor of pull-out models that integrate the two functions into a single unit. Viewing a large number of new pull-out faucet models at the NKBA’s Kitchen & Bath Industry Show, it’s clear these units can be seamlessly incorporated into almost any kitchen design style.

While standard kitchen faucets were specified by just under half of the designers as 2010 approached, barely more than a third of designers have recently specified them. Meanwhile, the use of pull-out faucets has increased from 88% to 91% to 93%. In other words, 14 of out every 15 designers who designed a kitchen over the final three months of 2011 incorporated a pull-out faucet. These versatile models might also be mitigating the need for pot-filler faucets, which have been recently specified by just 28% of designers, down from 41% two years ago.

The tried-and-true medicine cabinet had been swept aside in bathroom remodels over the past several years, replaced by decorative wall mirrors. However, as homeowners look for more efficient use of space, most designers are now turning toward medicine cabinets as an effective way to gain additional storage without having to increase the footprint of a room, attenuating the need for separate shelving, and cabinetry, or other storage options.

After being specified by 43% of NKBA member bathroom designers leading into 2010, medicine cabinets dropped to 36% last year. However, as we enter 2012, some 66% have recently incorporated a medicine cabinet into a bathroom remodel.

For the first time since the NKBA began tracking annual design trends, traditional is no longer the most popular type of design. In both the kitchen and the bathroom, transitional is now the most common style. While the traditional style has consistently been used by roughly three-quarters of NKBA member designers in both the kitchen and the bath, that figure fell to 58% in kitchens and 59% in bathrooms this year.

These figures come in just below the transitional style, which is a blend of traditional and contemporary, typified by lines that are simpler than traditional, but a bit more elaborate than contemporary in order to create a modern classic look. Contemporary is the next most common style, up 5% to 52% in kitchens and up 10% to 53% in bathrooms from a year ago. Shaker, arts & crafts, and cottage remain the next most frequently used styles.

A year ago, the use of solid surfaces was a key trend in the kitchen; this year, it’s an even stronger trend and one that impacts both the kitchen and the bathroom. In the NKBA’s 2011 Design Trends Survey, the use of solid surfaces in the kitchen jumped from 11% to 26% from the year earlier. This year, that number has increased again, as solid surfaces have been specified recently by 30% of designers for use in kitchens. At the same time, while granite and quartz continue to be the clear #1 and #2 choices, their popularity has waned just slightly, with granite falling from 91% to 87% and quartz declining just a bit from 71% to 69%.

The same pattern holds true in newly remodeled bathrooms, as solid surfaces have over the past year risen from 26% to 34%, while granite has fallen from 84% to 71%. Quartz’s popularity has dipped over that time from 56% to 53%. Marble is currently the third most popular vanity top material at 41%, up 3% from a year ago. Also notable is the use of glass vanity tops, which has more than doubled over the past two years, from 5% heading into 2010 to 11% today.

When artfully incorporated into a space, gray color schemes can allow for very attractive, distinguished looks without overpowering a design—the key reason why gray is now used as the backdrop for the NKBA logo. In kitchens, gray was used as the overall color scheme by only 9% of designers as we moved into 2010, but that figure nearly doubled (to 17%) last year and then nearly doubled again (to 33%) this year. Over that time, the use of gray color schemes has risen just as dramatically from 12% to 21% to 40% in bathroom remodels.

Polished Chrome is Back

Only stainless steel has managed to clearly buck the trend away from brushed finishes, as it rose slightly from 46% to 50% in the kitchen and increased significantly from 16% to 28% in the bathroom. Bronze finishes continue to be popular, but dipped a bit from a year ago, falling from 49% to 41% in kitchens, while their use remained flat at 41% in bathrooms.

ABOUT THE NATIONAL KITCHEN & BATH ASSOCIATION

The National Kitchen & Bath Association (NKBA) is a non-profit trade association that has educated and led the kitchen and bath industry for more than 45 years. NKBA.org provides consumers with an inspiration gallery of award-winning kitchen and bath designs, as well as articles, tips, and an extensive glossary of remodeling terms. At NKBA.org, consumers can also find certified kitchen and bath professionals in their areas, submit questions to NKBA experts, and order the free NKBA Kitchen Planner and NKBA Bath Planner. To learn more, call 1-800-THE-NKBA (843-6522). 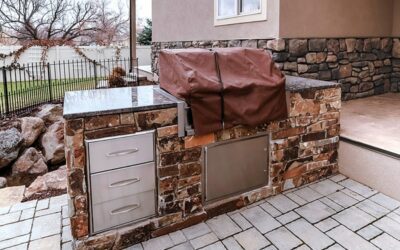 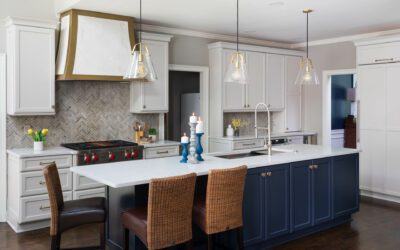 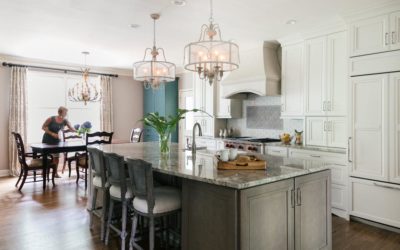